I’m usually terrible at web challenges, but this one was pretty fun. So the challenge is a flask webserver with flask_caching (wow didn’t see that one) with a redis server backing the caching system Here’s the source code

Essentially you can give that website a string as the key and a file as its corresponding value, and it will cache the values. The same goes for the cached functions. 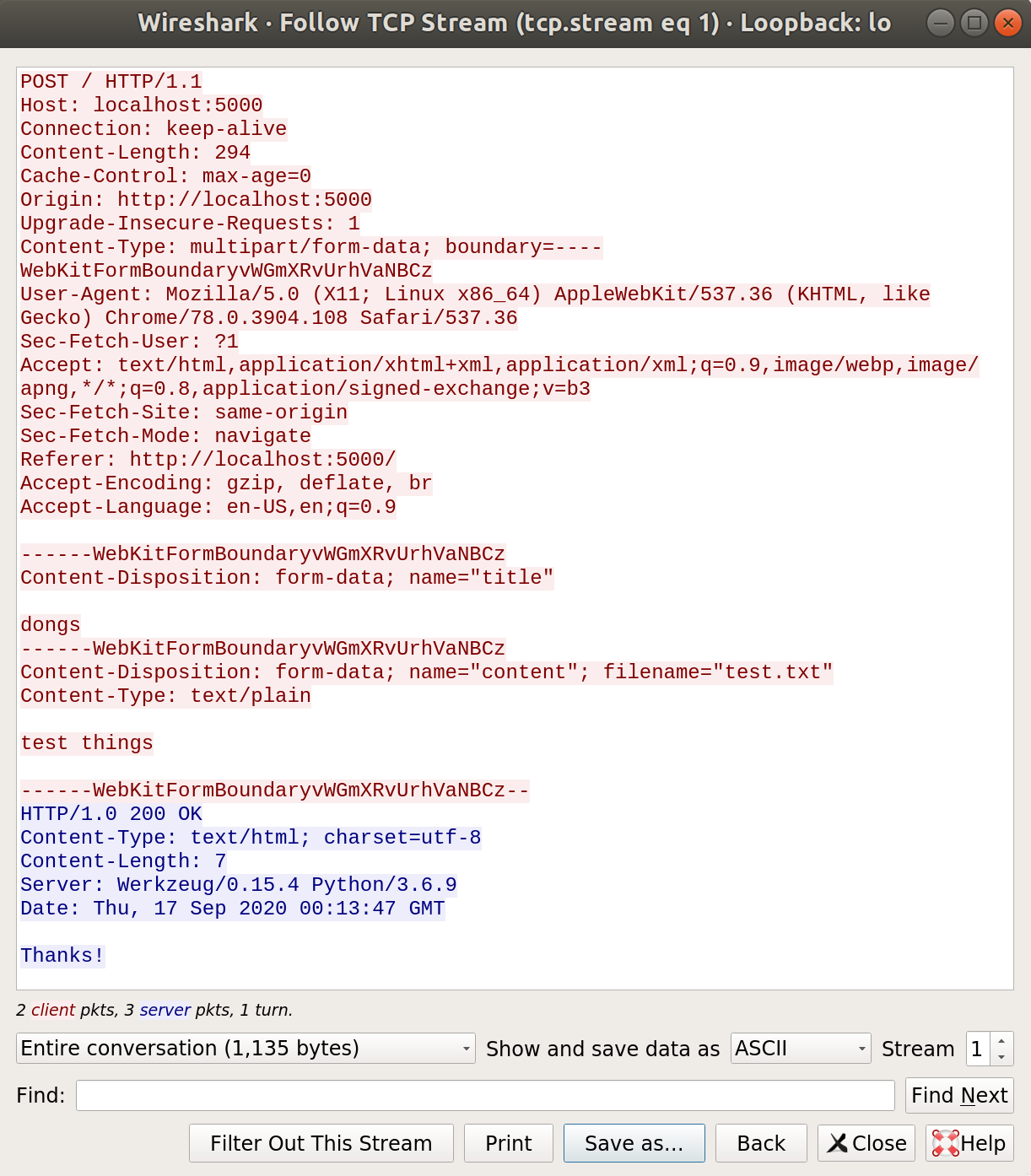 Heres a normal request to the webserver with the title “dongs” and a file named “test.txt” with it’s contents being “test things”

After recieving the last request, the webserver tells the redis server to cache the values it received. 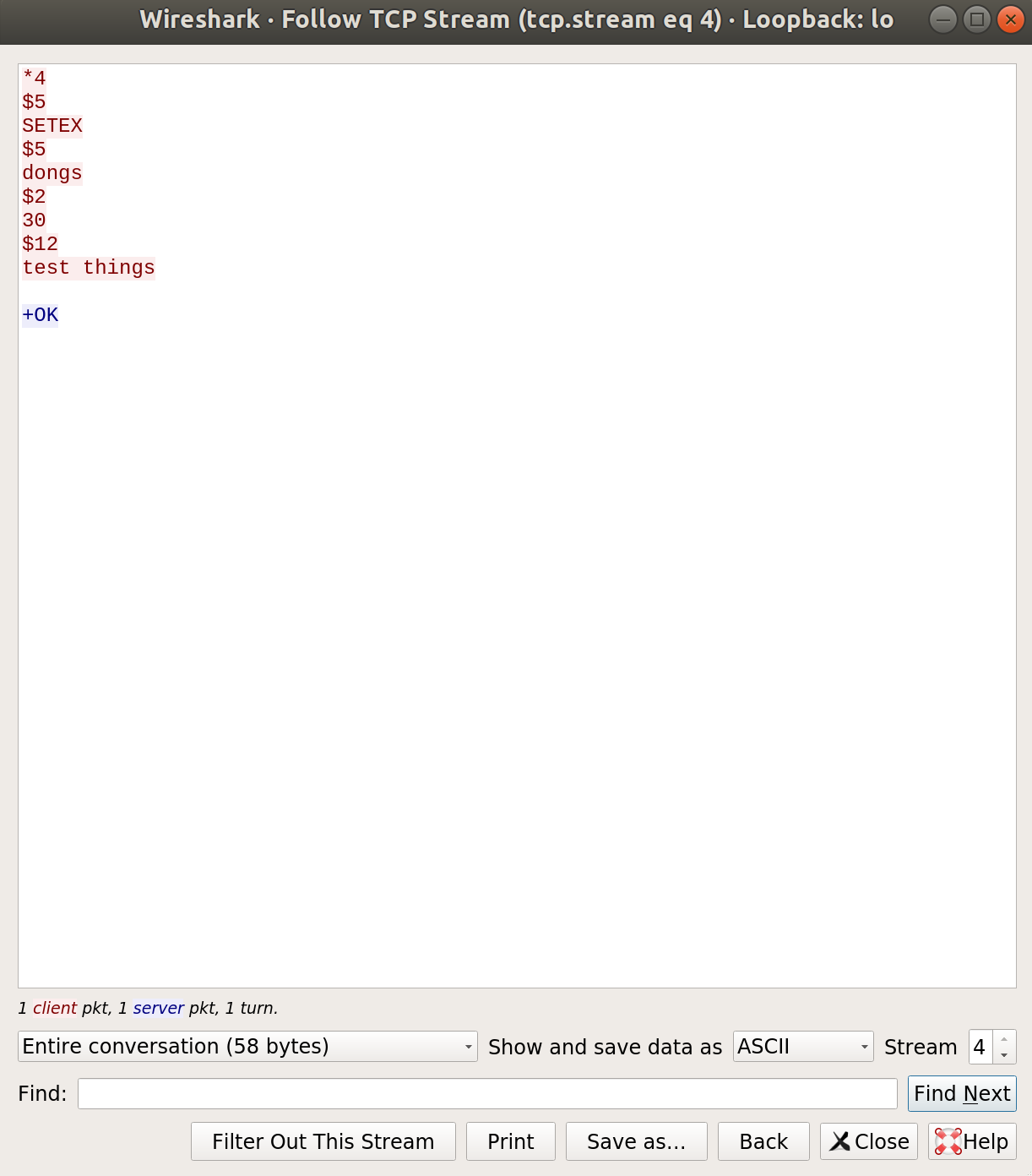 Interesting. Lets see what it looks like when the webserver caches a function. 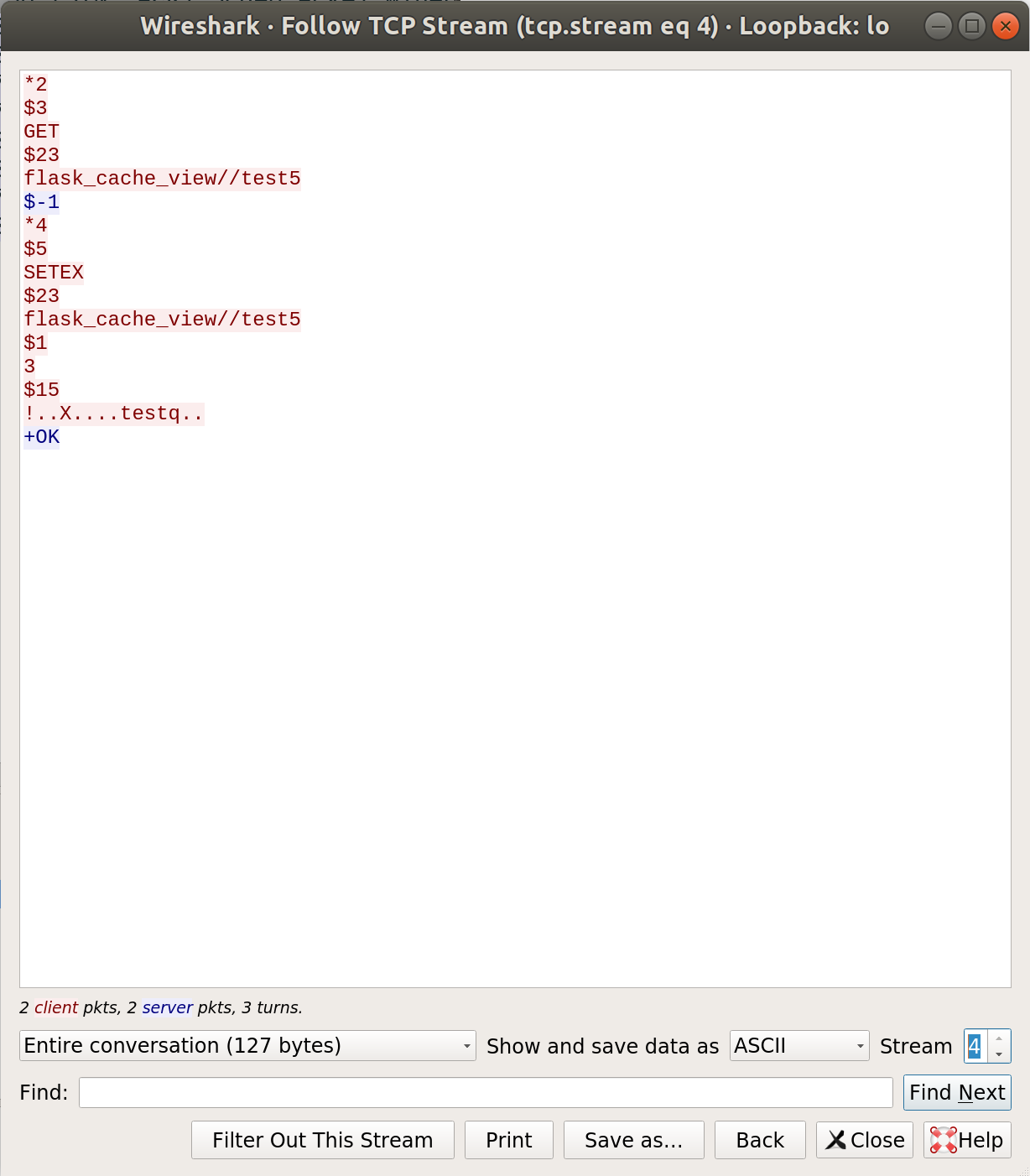 I asked the webserver for localhost:5000/test5; packets to redis looks pretty similar. That $-1 response means that value doesnt exist in the cache, so the webserver responds with a SETEX command to flask_cache_view//test5. In fact that last section of the respond is just the data that tells redis to cache some data. but the data its caching in this response is binary data and looks kinda like a pickled python object

So, the flask_caching module is serializing either the function or the function’s results some how, so lets just read the code and find out what it’s doing.

So looks like it just pickles the data and appends a ‘!’ character at the beginning. This matches the data we saw in wireshark. If we drop the ‘!’ and unpickle the binary data from the previous packet capture, we just get the string “test” which is the return value of the handler function.

Cool, so the webserver is unpickling data we send it. Thats definitely a thing thats vulnerable, so after a quick google search and some testing around on the CTF server I came up with a solution:

So the way this works is that when you run pickle.load() on pickled data it runs the __reduce__ function of that object by default. In this case I overrode __reduce__ to run bash commands.

https://penis.free.beeceptor.com is a free service that lets you send web requests too and displays them for easy display. This is what I used to exfiltrate the flag

The request body will have the flag: